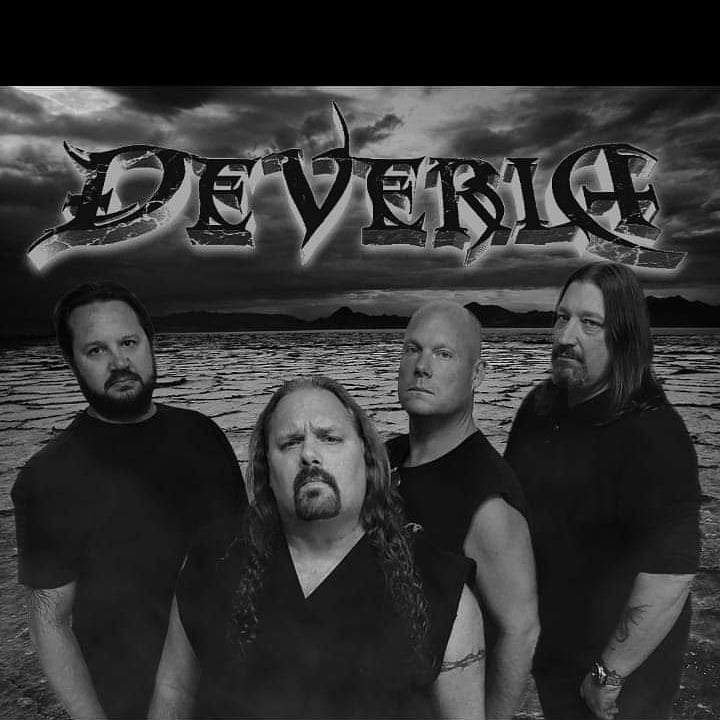 Who is Deveria?
DEVERIA is an American melodic power/thrash metal band based in Upstate New York, Rotterdam. DEVERIA was officially formed in 2008, by frontman Charles Woodard.

In 2010 they released a six song self titled ep. and regularly performed their original material in Upstate clubs. After 2 years, DEVERIA disbanded due to personal reasons among the members. The band took an 8 year hiatus and regrouped in 2018 with several changes in the line up. DEVERIA, after shifting members, finally established the lineup that would solidify their presence on the music scene:

DEVERIA is now back with a vengeance, new songs and a skyrocketing trajectory for success. They exploded back into the music scene opening for national acts such as: FLOTSAM AND JETSAM, DAVID ELLEFSON, BUMBLE FOOT, DEAD BY WEDNESDAY, BATTLE BEAST, VICIOUS RUMORS, MICHAEL ANGELO BATIO, SONATA ARCTICA, BLACK SABBITCH, THE IRON MAIDENS, MICHAEL CAMPESE, AND VOODOO TERROR TRIBE… just to name a few.

Their debut full length album entitled “SUICIDE FOREST” was crafted over two years and heavily influenced by current events and the reality and struggles of today’s society. DEVERIA continues to compose new material and is looking forward to showcasing their new album, Suicide Forest, and hitting the road to bring the experience to you!!! WHAT!?!