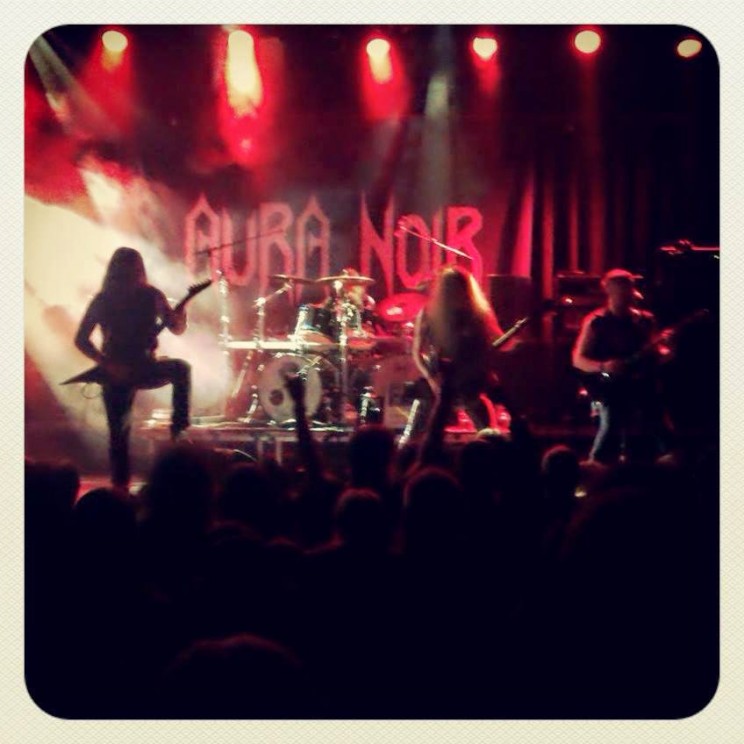 MMP-At what age did you start playing music.
AuraNoir- I think I was around 11 years old or so when I started playing instruments. The first years I was practising on my fathers acoustic guitar, then after a while I got my first electric guitar and an amp. A close to legendary 10 watt BOSS amp that went from friend to friend back in the early 90s…

MMP- How did you start out as a musicia.
AuraNoir-Where I grew up, Fosser ( a small village 60 km from Oslo) it was a handful of people listening to metal. 1 of the guys there played drums in a local Heavy Metal band and over the course of time we started talking and he borrowed me a lot of music, mainly Speed & Thrash metal, something we both enjoyed. In between his sessions with his band we started playing together, mostly doing cover songs of diverse Thrash & Death metal bands until we gathered our own ideas for a band. So from there onb we formed a band called Testimony (from “Testimony Of The Ancients” by Pestilence) and started writing on doing small local shows around…that was the start. This could have been back in 1988 or so I guess.

MMP- What bands are you influenced by.
AuraNoir- In the early beginning it was all about Metallica, Judas Priest, Motorhead, Iron Maiden, Slayer etc.

MMP- How many albums do you have out & where can fans buy them.
AuraNoir-  We have about 5 full lenght albums and 1 EP. These can be purchased anywhere online and at proper record shops worldwide.

MMP-Where is the band located.
AuraNoir-   The band is located in Oslo, although I am living in Portugal

MMP-What bands would you like to tour with.
AuraNoir-  Venom, Slayer, Exodus and the likes…

MMP-Is there anything you’d like to say to the fans out there.
AuraNoir-   New album coming out next year! Die Hard!