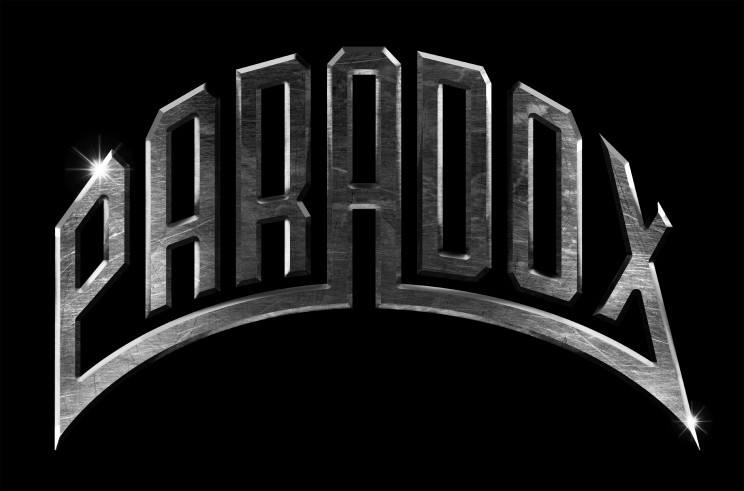 Paradox – Its melodic thrash metal with speed and power metal elements
MMP – How has the fan response been?

Paradox – Very loyal fans. very faithful over many years. They keep me goin. Without them the band wouldn exist anymore.

Paradox – Well in 1986  we had a song called PARADOX. During a rehearsal we decided to change our bandname from “Warhead” into PARADOX. It sounded better to us and we liked the nondescript message behind.

Paradox – I dont believe in something good or bad. If rhere is a goid i guess theres somekind of a alien god outhere who control us like we control computers or be able to clone animals.
God or Satan? In my opinion none of them. Humans search for something in which they believe to see a sense of life but it ends for all same. Nobody comes in heaven and have a better life after death. Nobody comes in hell cause he did somethng bad.
There is just one discipline for all. We must die.. El muerte!

Paradox – With our new album which comes out in spring 2016 its the 7th studioalbum + a double demo cd and around 20 dues on compilations.

Paradox – Latest CD came out in december 2012 called “TALES OF THE WEIRD”
Some songs are the title track, Brainwashed, Escalation, Downward Spiral, Day Of Judgement, Slashdead and a few others..
The title track reminds a bit on our most successful album HERESY which came out in the late 80`s
Its a typical PARADOX album. A lot of fast songs but also with great melodys. We were record of the month in several magazines.
We were really satisfied, but the production could be better. Especially the drums. Great Solos from CHRISTIAN MUENZNER (ex-Obscura) and a due from BOB KATSIONIS (Firewind) who played keys on the Rainbow cover & bonustrack ” A Light in The Black”

Paradox – Well i had a few in the past.. One of them was a project called BRUTAL GODZ together with UWE LULIS  (Accept) OLIVER HOLZWARTH (Blind Guardian) and ALEX HOLZWARTH (Rhapsody). i was responsible for the vocals and recorded 10 songs with them. Theyre unreleased.
A few month ago i took part as lead guitarist in EXORCHRIST” , a project formed by our lyricist ACHIM  “DAXX” HЦMERLEIN (ex-Vendetta). Its 80`Thrash metal.
MMP – Who are some of your musical influences?

Paradox – When the crowd support the band. The atmosphere on stage with my bandmates. The sound and loudness. The after show party and talking to the fans

Paradox – Depents on where we play. On festival shows you reach more people. We played Wacken, Bang Your Head, Keep it true, Headbangers Open Air. and other big festivals
I also like club shows were 300 people celebrate the band and youre very close to them.

Paradox – Paradox fans can be loud

They support us very good. We dont play very often live concerts. If they get a chance to see us live they show that they were waiting for.

Paradox – We recorded a new album called “PANGEA” which comes out very soon. People will be surprised. Its killer.
No PARADOX fan will be disappointed.

Paradox – We dont plan to be rockstars. We are fans of that kind of music,  enjoy our lifetime and doin what we like to do. Having fun.

Thank for the Interview! /Charly Stainhouer