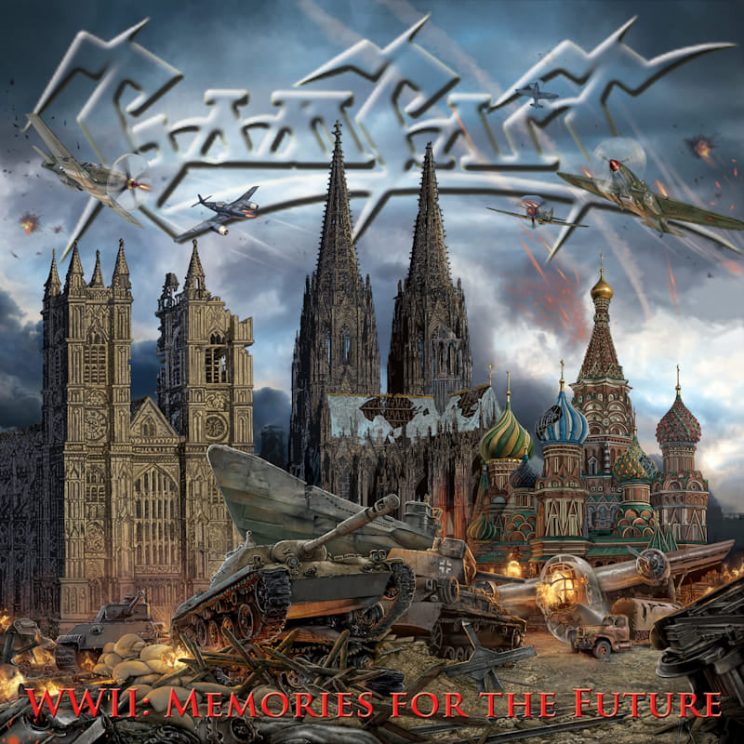 Rampart – WWII: Memories for the Future

The new album by the Bulgarian heavy metal band. Their fifth to be precise.

The album opener “June 22nd” is honestly just an OK song, there is nothing special or exciting about it, I would call it just mediocre, not in a bad way, but just meaning that it’s just OK and nothing more. The vocals, however, are definitely less than OK, but this is a characteristic trait of all of Rampart’s music – their singer Maria.

Track number 2 is Napalm Stars, one of the best tracks of the album, musically at least… This one has a lot of Iron Maiden influences. Catchy riffs, interesting structure – as I sais very influenced by Maiden, and I mean this in a good way, however, same issue with the vocals, and we’ll just leave this discussion for later in the final verdict, as otherwise it would be extremely boring if we have to mention that the vocals are bad every 2 minutes.

3. Entropy of Mind – OK track, different too. Heavier. Nothing special though.

5. Luftraum – also very different, this song might have had potential, but it is incredibly poor executed, horrible sounding guitars, both in terms of the way they’re played – especially the solo – extremely chaotic, in a bad way. The rhythm guitars sound like a bad demo. The overall sound of the song is bad and the song itself is messy and chaotic.

6. Stormtalkers is a good song, in fact, another one out of best songs from the album, at least musically… These are also the only songs which are catchy, due to having these good guitar riffs. There is some Running Wild in this one and maybe again some Maiden.

7. Wolfsrudel – another boring, mediocre song, with very few good parts in it.

9. Harleys in Berlin – horrible song and definitely the worst track of the album. Poorly executed “rock n roll” type of riffs song on a metal record. This could either be amazing or horrible. In this case – horrible.

10. Black Sun – this one nails the style and the sound, however, it lacks something. It just sounds like any other underground heavy/power metal band, except some of them actually have good singers.

11. Now We Are One, basically the same thing as Black Sun. This one has a more of a European power metal style musically. Overall it’s just mediocre just like most of the record

Overall this is a mediocre at best record, with horrible vocals and bad production. Production is inconsistent, which gives the album a very amateurish quality.
It seems that they went for a diverse record, but it failed miserably, as most of the songs are just mediocre at best, ruined by Maria Diese’s horrible vocals, if one even wants to go as far as calling them that. Add inconsistent songwriting and poor instrument performance here and there, and that’s about everything the album is.