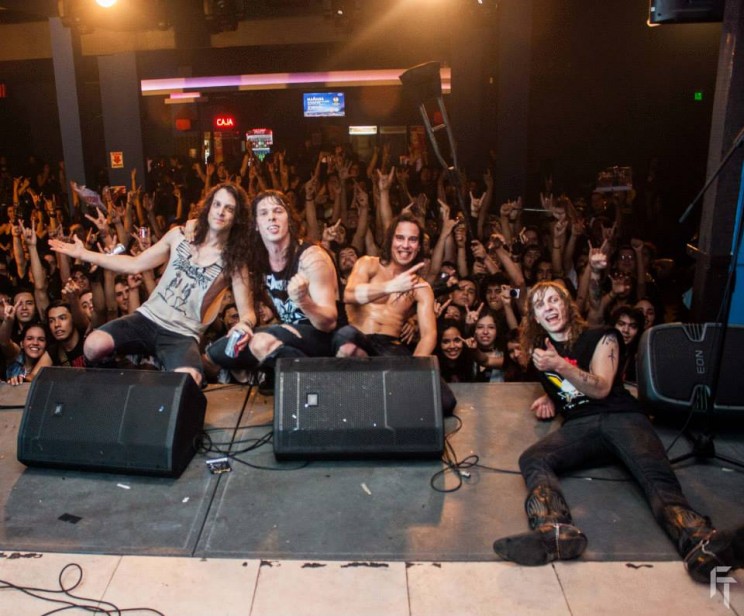 Skull Fist – Sir Jackie Slaughter started the band years ago, the first official lineup came together in about 2010.

Skull Fist – Amazing. We see fans all over the world rocking our stuff.

Skull Fist – It was etched into a magical stone, kept in an ancient crypt.

Skull Fist – Zach usually writes all of the music and the lyrics. For the next album we’re starting to collaborate more with other members during the writing and recording process.

Skull Fist – I’m not crazy into it. But I do like Satan and enjoy black metal.

Skull Fist – It’s all about chasing the dream man!

Skull Fist – I still play in my old band Final Trigger, hopefully we can do some shows if I have some downtime.

Skull Fist – It’s a battlefield. Give it all you got every single night.

Skull Fist – Yeah about 25 different ones.

Skull Fist – Club shows are anywhere from 200-500 people, festivals will be in the thousands.

Skull Fist – Tons of headbanging. Lots of singing along too, which I love to hear.

Skull Fist – We are in the writing process now, and will record sometime in Nov-Dec.